Providing expertise for over 30 years in property loss claims. Our mission is to maximize your recovery.

We are the policyholder advocate and DO NOT represent insurance company 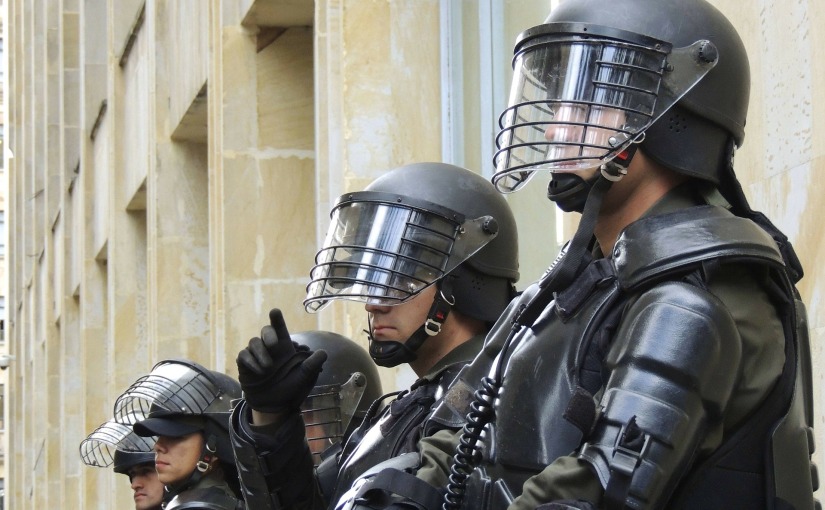 Today many people are not satisfied with the direction of the country.  Some upset individuals resort to protesting peacefully, others begin riots.  We often wonder how our businesses are covered should a demonstration break out near our business.

See the article below from National Underwriters, describing what coverages are are an option for policyholders to purchase prior to these cases.

FIVE KINDS OF INSURANCE YOU’LL BE

In a sad commentary on the state of race relations in some parts of the country and ongoing tensions between citizens and the police, Charlotte, North Carolina, protests after a recent shooting escalated into rioting in the streets.

Like the riots in Baltimore in 2015, many victims of the violence are small-business owners whose properties are unfortunately located in the line of fire.

When the dust settles—in days or weeks—those property and business owners will be looking to their insurance companies to help make them whole.

“Businesses with claims should contact their insurance professional as soon as possible. In addition, they should take steps to safeguard their business, including boarding any broken windows to prevent looting,” said Loretta Worters, vice president of the New York City- based Insurance Information Institute.

Worters provided the following overview of the five main types of insurance that will be important in the aftermath of the riots:

In most cases, business owners whose property is damaged by riot or civil commotion and looting are covered. The “rioting” definition covers looting by participants who steal merchandise or other property from the premises, as well as fire and vandalism.

Depending on the policy, a business may also have glass coverage if the glass store front has been destroyed by the riots. Some policies require the purchase of plate-glass-window insurance as an additional coverage.

Businesses that must suspend operations or limit their hours because of rioting will have coverage on their business interruption (also known as business income) policy if there is direct physical damage to the premises of such magnitude that the business must suspend its operations.

Coverage depends on the individual policy, but typically begins after a waiting period of twenty-four to seventy-two hours and lasts for a period of two weeks to several months, depending on what the business owner opted for when purchasing the policy. Typically, business interruption reimburses a business owner for lost profits and continuing fixed expenses during the time that a business must stay closed while the premises are being restored because of physical damage from a covered peril.

Physical damage to other property that prevents customers or employees from gaining access to the business is also covered, although subject to a similar waiting period of twenty-four to seventy-two hours.

Reductions in business income associated with fear of traveling to a location, in addition to closure to areas by authorities because of a heightened state of alert, would not be covered by business interruption policies. These are the kinds of losses businesses in Miami faced over the summer with the threat of Zika virus, and businesses around the Gulf Coast expected after the Deepwater Horizon oil spill, for example.

If civil authority—that is, the police, fire department, state or local government, or a military authority—keep people away from an area, there is generally coverage for lost business income and extra expense through a civil authority endorsement (which typically is purchased separately). In North Carolina, for example, Gov. Pat McCrory declared a state of emergency and began the process toward deploying the National Guard and the state Highway Patrol to assist local police.

Coverage includes curfews and other restrictions on access to a place of business, and usually begins seventy-two hours after the time of the first action of civil authority. Again, there has to be either direct damage to the covered property or property adjacent to the premises as it is described in the insured’s policy. The coverage time period most commonly stated in this endorsement is either fourteen or thirty consecutive days.

Extra expense insurance reimburses your company for a reasonable sum of money that it spends, over and above normal operating expenses, to avoid having to shut down during the restoration period. Usually, extra expenses will be paid if they help to decrease business interruption costs.

In some instances, extra expense insurance alone may provide sufficient coverage, without the purchase of business interruption insurance.

Individuals may also have some coverage for theft, looting, or fire under their auto insurance policies, if they have optional comprehensive coverage

Generally, theft from looting and damage to a residence from rioting also would be covered by homeowners or renters insurance.
“These riots are a reminder to business on the need for business interruption insurance,” said Worters. “Each day a business remains

closed is another day of lost revenue.”

This publication is designed to provide accurate and authoritative information in regard to the subject matter covered. It is sold with the understanding that the publisher is not engaged in rendering legal, accounting or other professional service. If legal advice is required, the services of a competent professional person should be sought.